Kepplerstraat is an apartment refurbishment in a former school located north-west of The Hague city centre in Regnetessekwartier. Originally built in 1912 and named Oude Burgerschool, the building was split into apartments in 2015 by the local municipality as ‘Klusappartementen’ or ‘DIY flats’ where only basic services are integrated into the apartments prior to sale. The idea is owners complete the homes themselves, making them cheaper and easier for people to get on the property ladder.

The client acquired the Klasappartement in 2016 and approached Bláha Architecture + Design with the brief of creating a spacious one-bed, one-bathroom apartment for two people from a former classroom, adjacent section of hallway and toilet block on the second floor. The project also needed to be simple for self-build by the client to contain costs.

Entered off the original stair into the former double-height classroom, Bláha has kept this space, with its three towering windows, intact as an open-plan living, kitchen and dining area. A full-height plywood cupboard wall forms the backdrop for the kitchen, behind a peninsular island. It contains storage for the entire apartment, leaving floorspace clear and disguising existing distracting columns. To the right, a new opening to the hall leads to an extra living space/study with a WC in place of the former toilet cubicles. Beyond the retained arch existing walls have been removed to make way for the bedroom. Here, the double-height is divided using a mezzanine and stair to form an initial dressing area, bed deck at the upper level and en-suite beneath.

Materials are limited to white walls, poured concrete floors and plywood throughout for a simple but design-conscious finish. The project also inserted patio doors from the secondary living space onto a new 17m² balcony that was added to the building collectively with the neighbouring new apartments.

‘A full-height plywood cupboard wall forms the backdrop for the kitchen, behind a peninsular island.’ 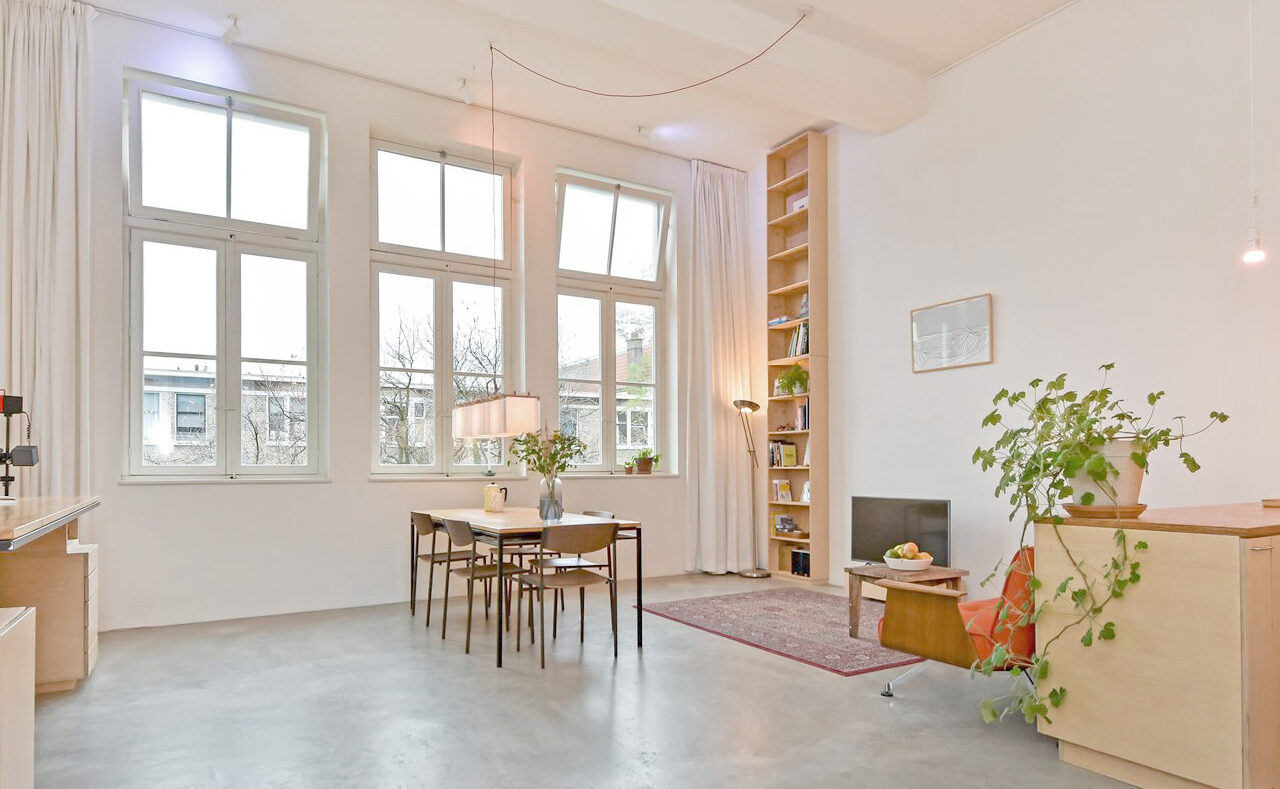 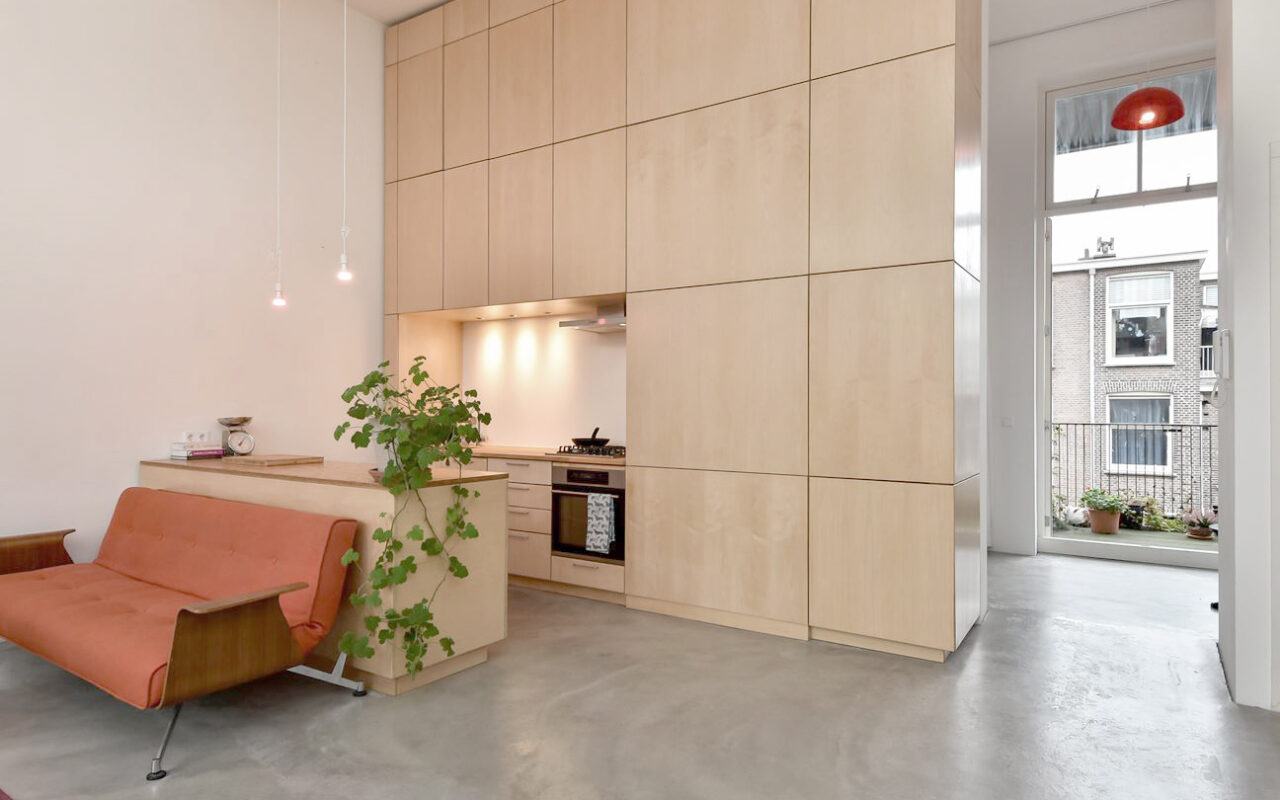 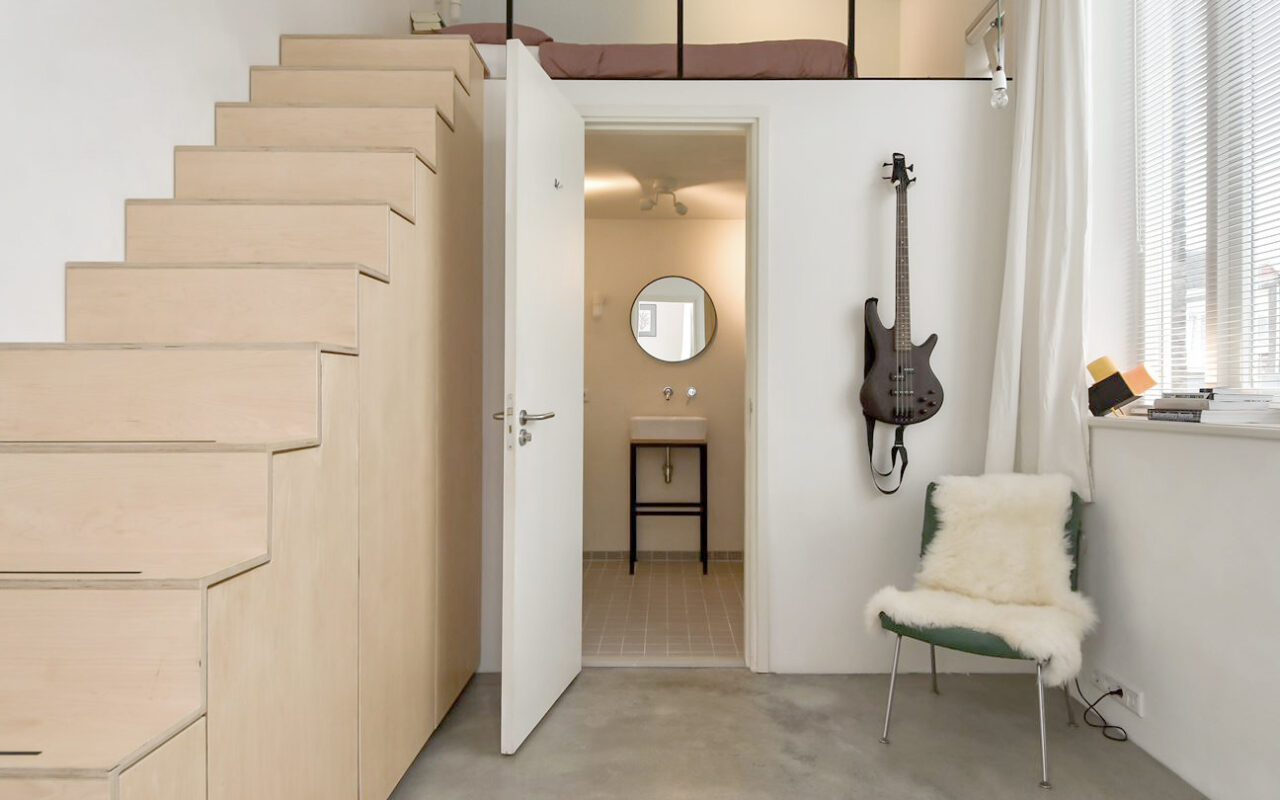 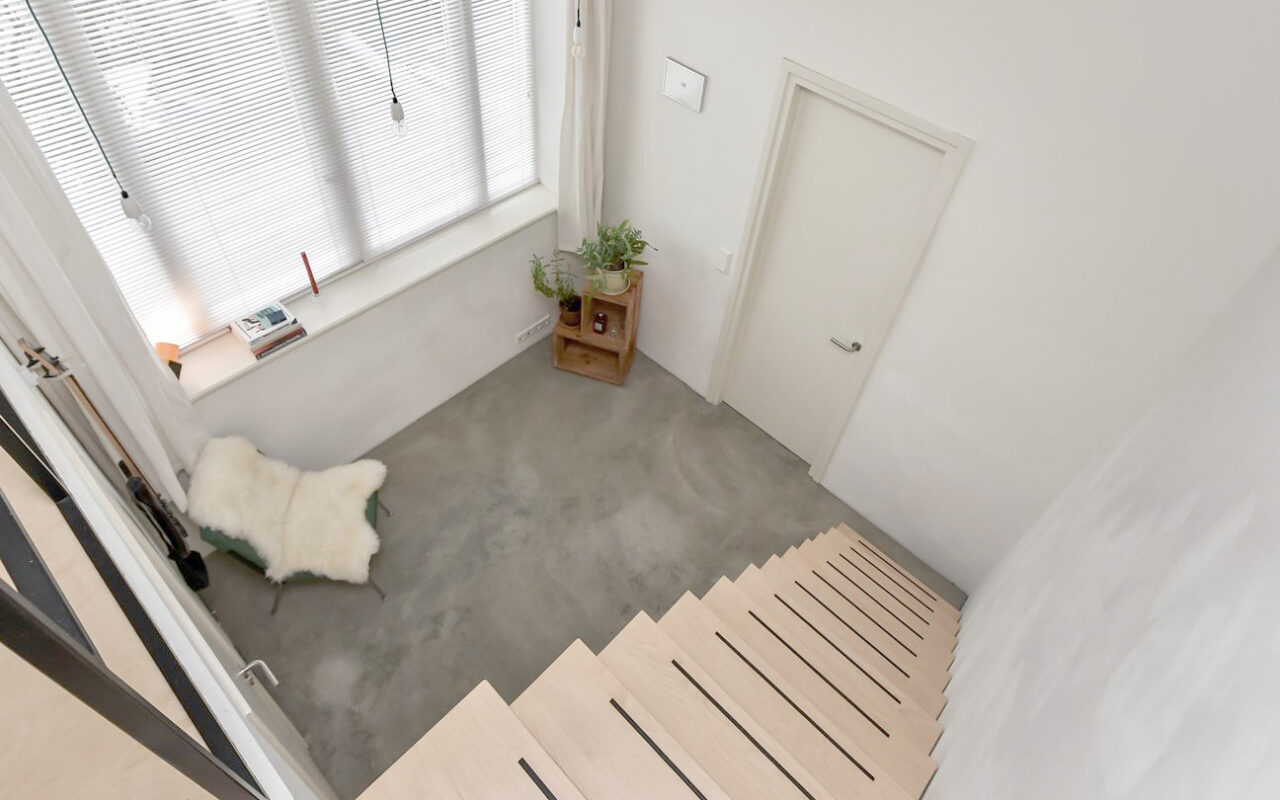 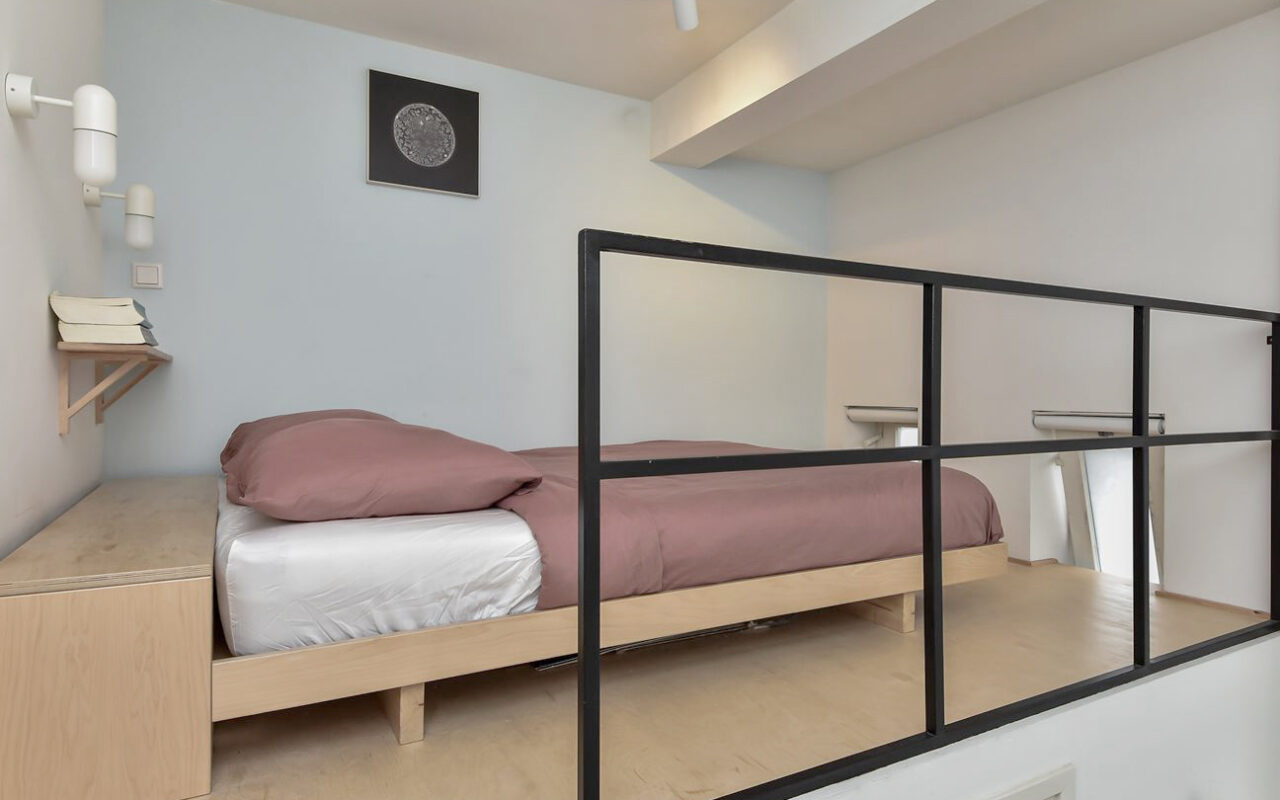 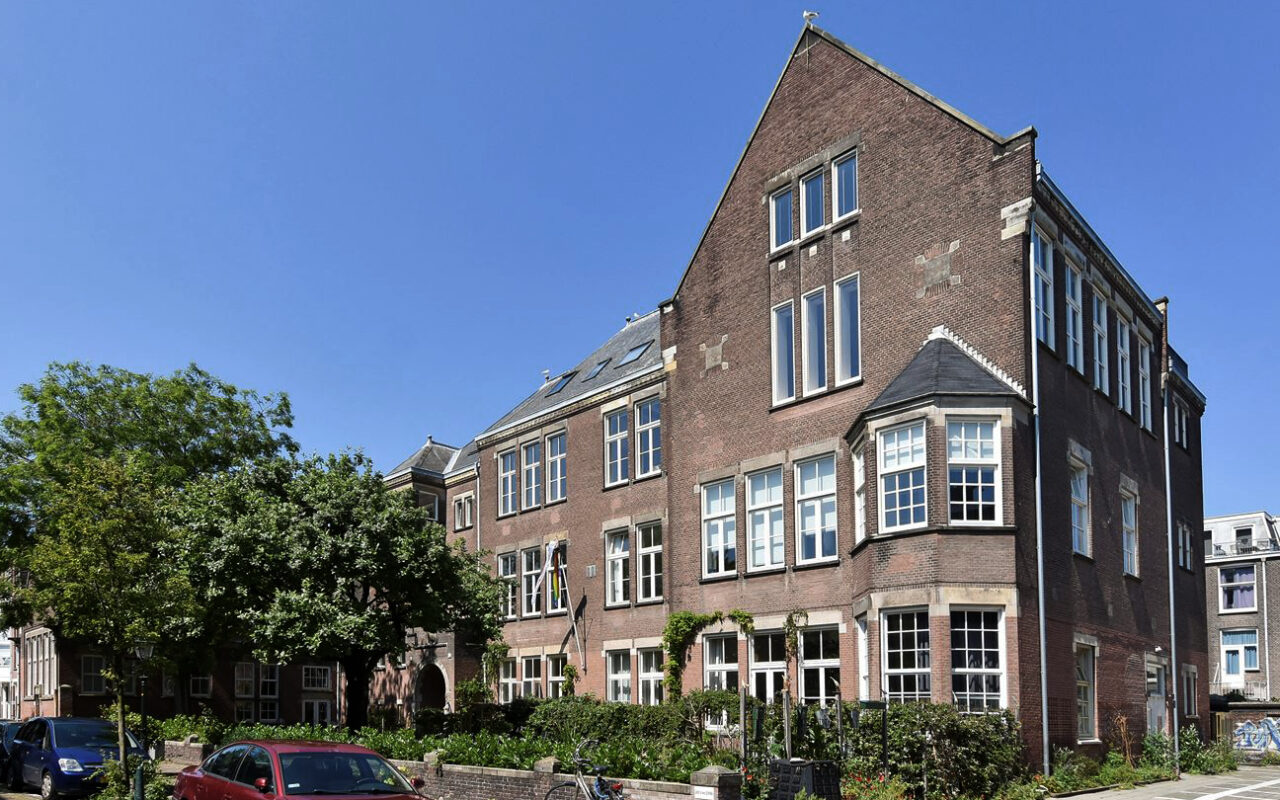 “The challenge with this project was to keep the airiness of the existing classroom volume while making it more domestic and as functional as possible for an apartment. The result has a spacious loft-living feel that suited the young clients.”
Annemieke Bláha, partner-in-charge 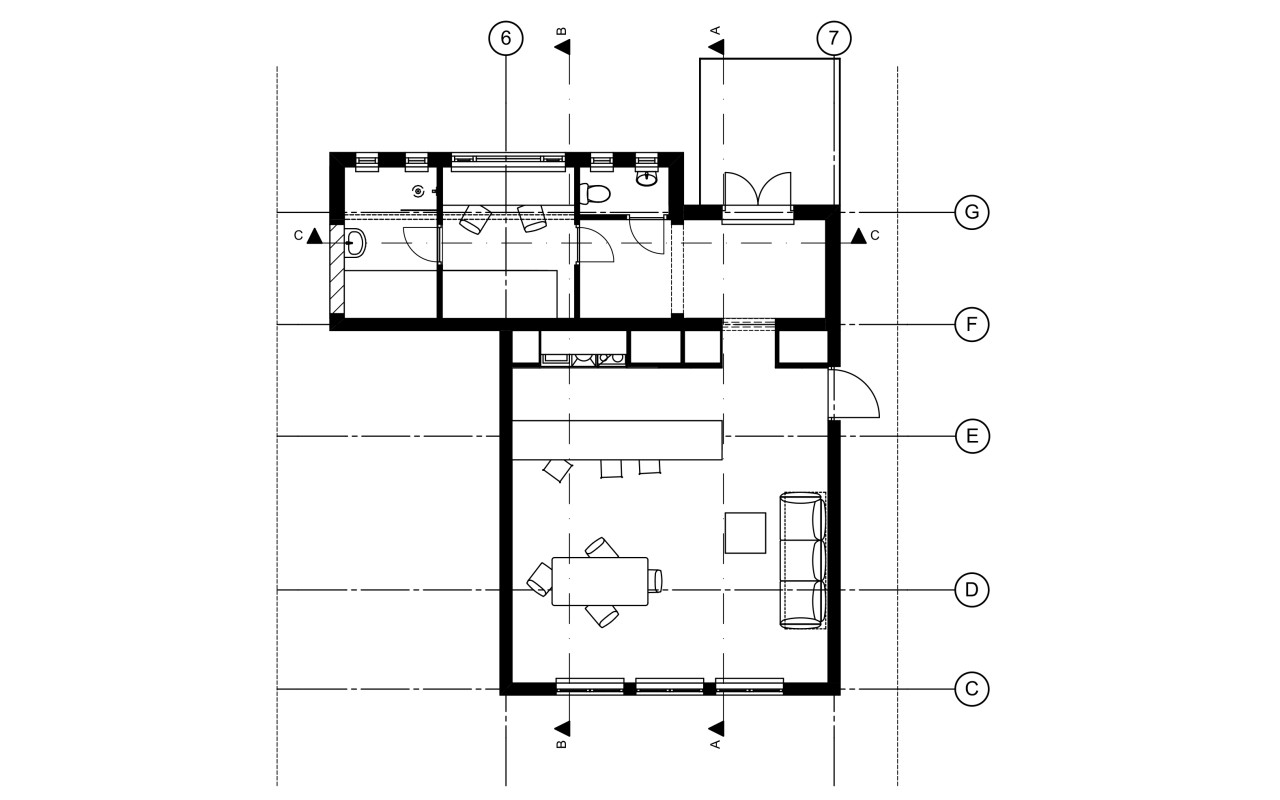 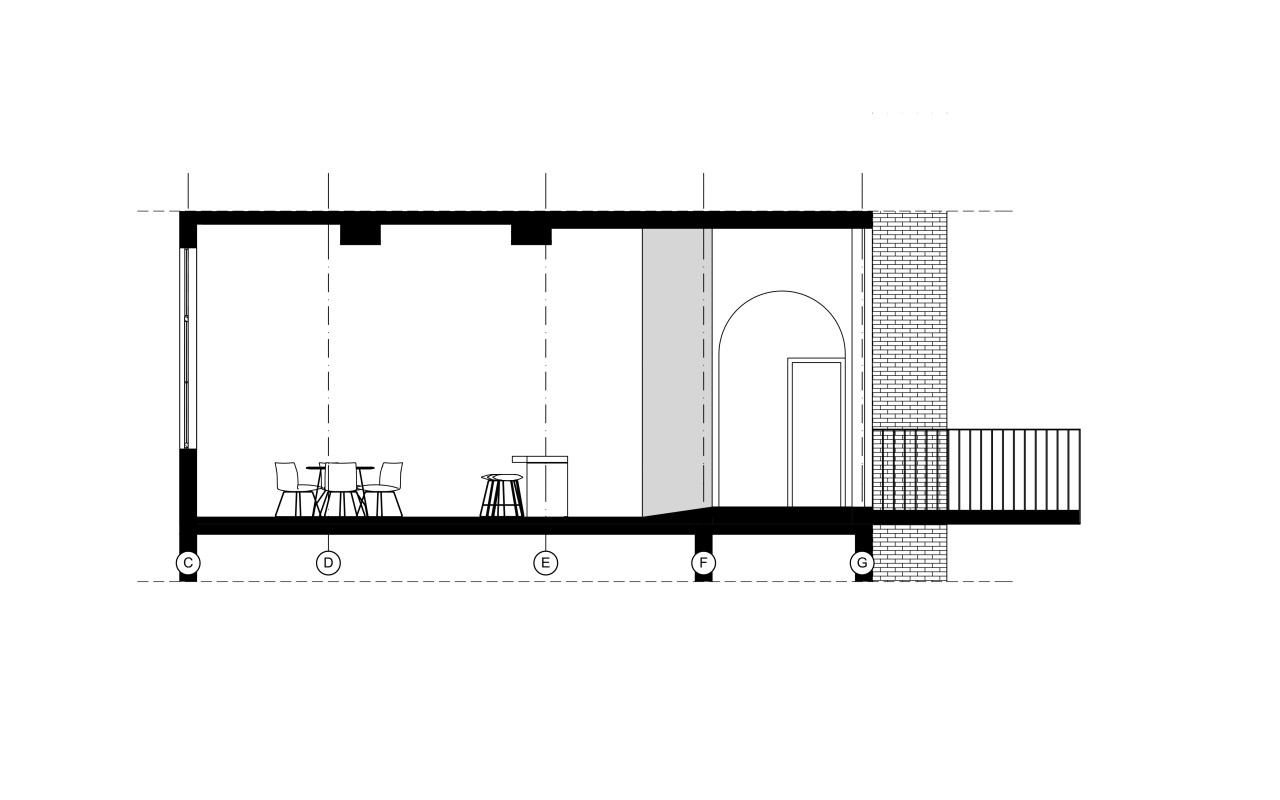 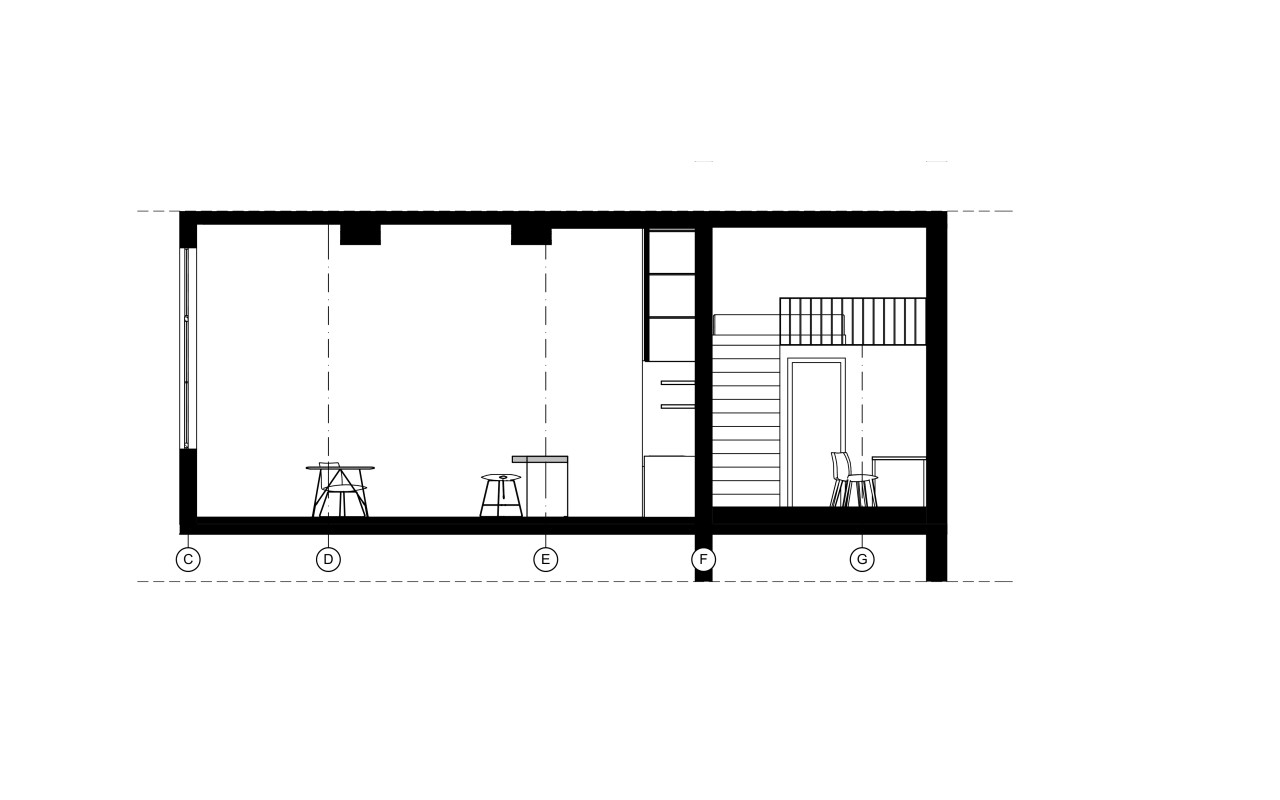 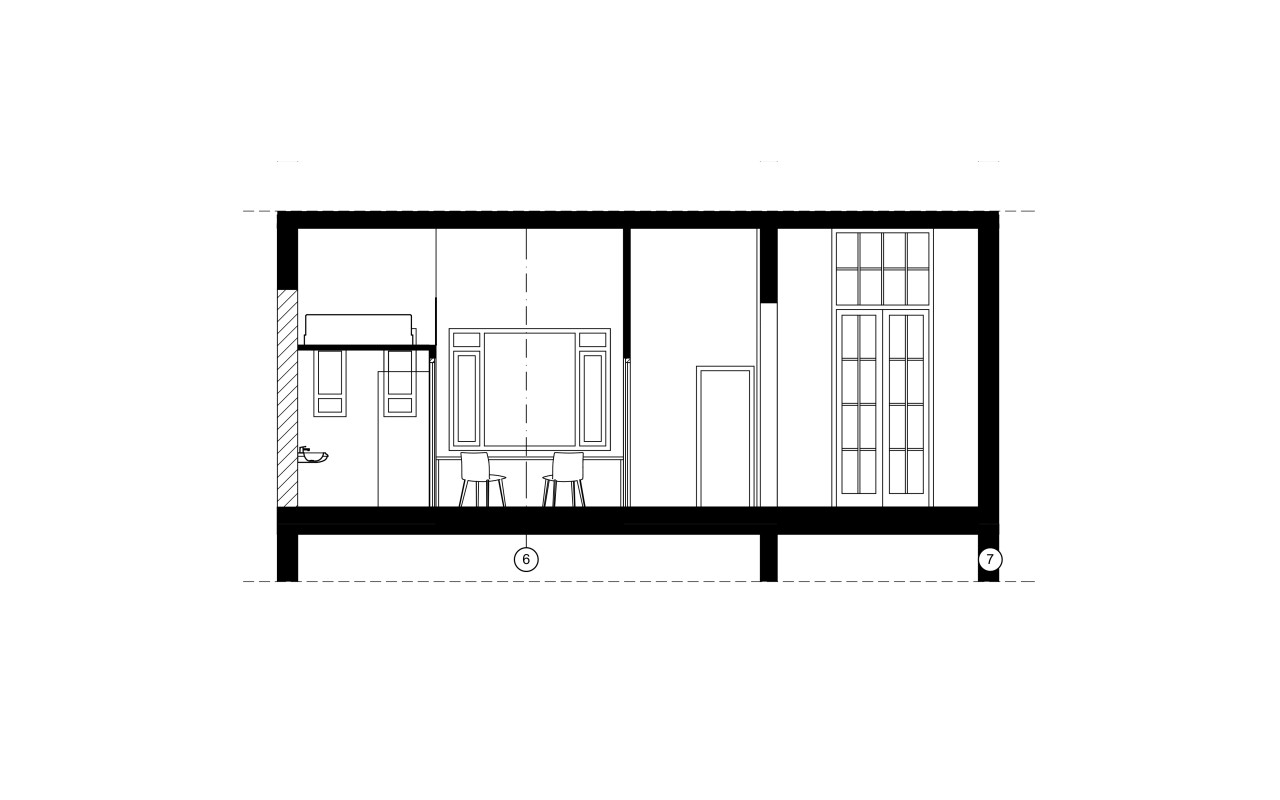